Personal finance website WalletHub conducted a study of credit card debt for 2018 and found that outstanding credit card debt is at the second highest point since the 2008 recession. This is due to some unsettling trends that you might not realize you’re a part of. 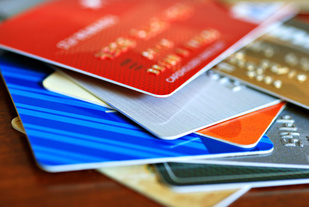 Here are three trends to be mindful of with a way to handle their effects.

According to the latest findings, the average household’s credit card debt in 2018 is $8,332. While that is only a 4% increase from 2017, it is $129 away from being considered unsustainable debt.

Don’t think of your credit card as just a tool to buy something up front and pay it off later. Credit Card companies are offering all kinds of rewards. From free travel miles, to cash back, to your choice of gift cards.

According to WalletHub’s 2018 Credit Card Rewards Report the best rewards card can yield up to $980 more in the first 2 years than the worst rewards card. This is money you can spend on purchases outside of your budget. And you won’t have to pay it back.

Trend: The Charge-Off Rate is Up 2.7% Year Over Year

A charge off is when a debt cannot be collected in certain scenarios, such as bankruptcy or not paying your minimum payment after 180 days, and is not forgiven. It will stay on your credit report for 7 years and you can expect lenders to recoup their loss through a lawsuit. The charge-off rate comes from charge offs divided by average outstanding card balances.

Tip: Use the Island Approach

The Island Approach from Wallethub is a strategy that suggests using different credit cards for each individual need. You seclude any related expenses and budgets to those cards on their own islands, making sure you don’t dip into a card meant for travel to buy groceries and vice versa.

For example, if you want to purchase a new appliance with a credit card don’t use that credit card for anything else afterwards. Pay off the card in a way that works for you and use another credit card for everyday purchases that you can pay back right away.

As the WalletHub study points out, only four times in the past three decades have Americans overspent so much in a year.

This idea may seem like a no brainer, but it’s easy to outspend your paycheck without realizing it. Especially when you have a credit card to use and aren’t living paycheck to paycheck.

Create a financial plan to help track your spending between your pay periods and figure out how to readjust what you should be spending. With a plan to follow you won’t have to worry about losing track of your expenses through the busy year.