The gaming business has always been at the heart of Caesars Entertainment (NASDAQ:CZR), but the company is trying to leverage its brands to grow into non-gaming markets as well. Caesars has launched a brand licensing business that it’s hoping will bring the company’s hotel brands to new corners of the world and it could provide growth for the business in a couple of different ways. 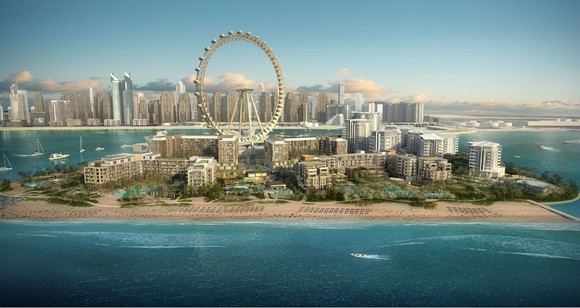 Licensing isn’t new in the hotel business, it’s core to how hotel brands Hilton and Marriot make their money. For a fee, they provide a well-known brand along with infrastructure like reservations, loyalty programs, and advertising, and then they generate a fee based on a percentage of a hotel’s revenue as well. But they don’t own most of the hotels with their names on them.

Caesars Entertainment is trying to replicate the hotel licensing model of other hotel brands with four of its best known brands in Las Vegas.

The Caesars brand is what’s being licensed in Dubai and Mexico, so the company is already seeing some traction there. The other brand could fill more boutique or down market niches for developers.

Adding a brand licensing business isn’t going to boost Caesars Entertainment’s bottom line immediately. To give an idea of impact, Hilton has generated $9.1 billion in revenue and $1.3 billion in net income on 5,300 branded properties worldwide. That’s about $1.7 million in revenue and $254,000 in income per property. Caesars may earn more per hotel than Hilton, but adding a few resorts here and there won’t meaningfully increase Caesars’ revenue of $5.9 billion in the past year. But that may not be the ultimate goal in licensing hotel brands.

I think the main strategic reason Caesars Entertainment is looking to license its brands is to bring more customers to its existing casinos. A larger base of hotels could lead to more brand awareness and bring new customers to its loyalty program, Total Rewards, giving them an incentive to stay in Caesars Entertainment owned hotels and casinos in the future. Management touts Total Rewards as one of the company’s biggest assets, so growing the places the loyalty program can be used is a win for Caesars.

There’s no real downside in Caesars trying to get hotel owners to license its brand. The revenue and earnings from licenses will be incremental to existing operations, but even if they’re not large, and if competitors’ net margins in the mid-teens is any indication, it’s unlikely Caesars will lose money on licenses. Better yet, there’s very little capital outlay needed to build the licensing business.

One potential advantage to the model is introducing customers to Caesars brands in non-gaming markets like the Middle East. That could also build brand awareness and draw customers to Caesars properties when they’re in the U.S. At the end of the day, brand licensing is a low cost, low risk way to funnel more customers to Caesars Entertainment’s casinos and that’s where the real money is for the company long term.