My mother is what’s known as a hibernophile — a passionate fan of all things Irish. The music. The art. The fashion. The accents. She loves it all, and not without reason, given her ancestry. (Her maiden name is Higgins, and she tacked on an “O” in front and made it my middle name.) She’s serious about it.

But my mother is also a homebody. She and my dad are living their best retired lives, but they aren’t much for traveling, or at least for travel credit card optimization. Faith and begorrah, they didn’t even have passports!

Family picture at the Cliffs of Moher: Kenley’s parents (Colin and Loril Young), Kenley and his wife, Shelley Young.

And that was my opening. Well, that and the Chase Sapphire Reserve®, which helped me surprise my parents at Christmas with plane tickets to the Emerald Isle. It took some coordination, but here’s how I did it.

The law won, for one

My parents live in one of a handful of states that only recently decided to start becoming compliant with the federal REAL ID Act of 2005, which changed the rules around what kind of identification was acceptable to board a flight in the U.S. This meant that if my parents wanted to, say, fly to D.C. to visit my brother, they eventually would need to get either a new federally compliant driver’s license or a passport.

Yes, the card has a large annual fee of $450. But at the time, it also had a jaw-dropping sign-up bonus that easily outstripped that fee and was, by a long shot, the most valuable such offer in wide availability: 100,000 points, worth $1,500 when redeemed for travel booked through Chase. (The card now offers a different sign-up bonus: Earn 50K bonus points after you spend $4,000 on purchases in the first 3 months from account opening. That’s $750 toward travel when you redeem through Chase Ultimate Rewards® )

That 100,000-point offer, paired with the card’s $300 annual travel credit, was enough to cover nearly the entire cost of four round-trip tickets to Dublin. (Hey, my wife and I weren’t going to let my folks go without us!)

Work, but worth it

Now, it should be noted that securing that enormous sign-up bonus wasn’t exactly a walk in the park with my shillelagh. When Chase debuted the Chase Sapphire Reserve® and its initial 100,000-point offer in August 2016, I was knee-deep in mortgage shopping and couldn’t afford another hard pull on my credit. By the time I’d bought my home in early 2017, the 100,000-point offer was available only in brick-and-mortar Chase branches.

There are exactly zero Chase branches in my state.

Undeterred, I made the three-and-a-half-hour, 160-plus-mile trek from Columbia, South Carolina, to Flowery Branch, Georgia, and applied at the closest Chase branch I could find. The bank employee sensed I’d been on the road — the 100,000-point offer was days from expiring completely, and apparently she’d seen a lot of out-of-state applicants come through the doors.

I had a lot of time on the drive back — three-and-a-half hours, again — to ask myself whether all of this effort was worth it.

Watching my mom open her Christmas present, with tears of joy in her eyes, was all the answer I needed. 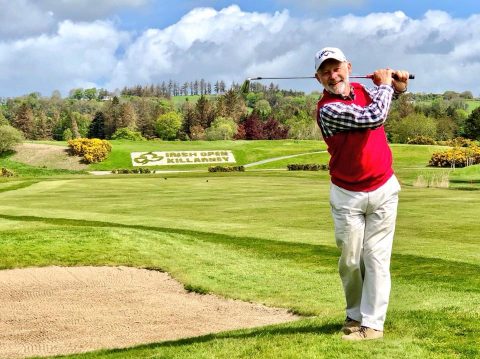 How to maximize your rewards

The views expressed here are solely those of the author and do not necessarily reflect those of NerdWallet or its partners.

Planning a trip? Check out these articles for more inspiration and advice:
Landing the Best Airfare Is a Matter of Timing
How to Snag Credit Card Rewards Flights in Peak Season
This Strategy is How I Started Earning Major Travel Rewards