Resort fees in Las Vegas keep going up and up, and Las Vegas Sands is the latest operator to jump on the raised surcharge bandwagon. At a $6 hike, from $39 to $45 a day at the company’s two chichi properties the Venetian and the Palazzo on the Strip, are operators just resorting to what seems like highway robbery of tourists these days? 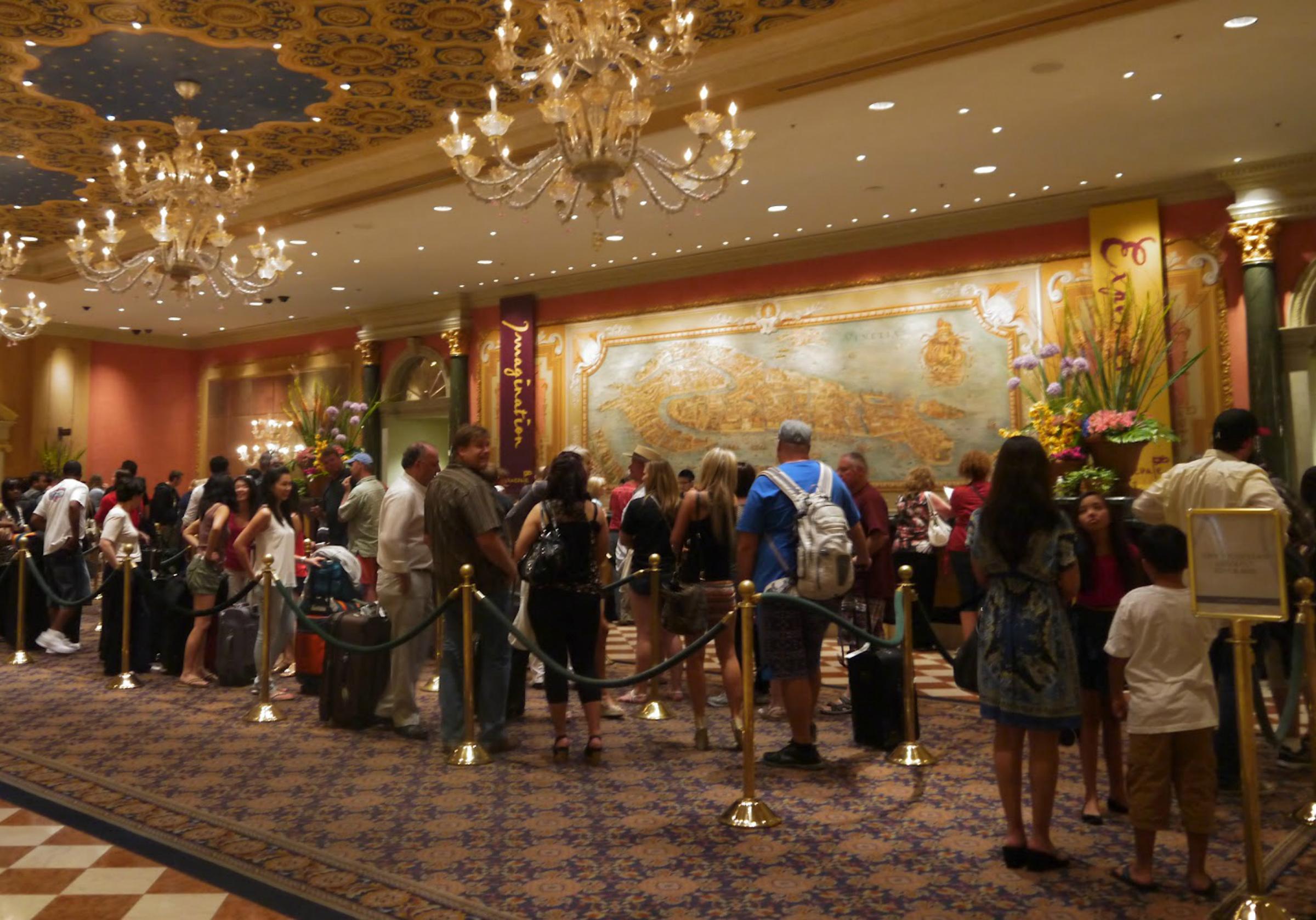 When you consider that using a fitness center used to incur a per-diem charge, and that only a small fraction of guests actually set foot in one, you realize that the “resort fee” system is an ingenious way for hotels to simply make more money, without incurring any more costs.

At $45, the Venetian and Palazzo resort fee now has the dubious honor of being the highest on the Strip. However, the two properties have not followed the recent Las Vegas trend of charging for parking. Yet.

$39 seems to be the average resort fee for marquee properties. That’s the rate these days at both the Wynn and the Encore, Caesars Palace, the Bellagio, and MGM City Center nongaming resorts the Mandarin Oriental and Vdara.

Resort fees are about as popular as taxes, and in Las Vegas, guests are often stunned to see them added to their bills, particularly as the “amenities” included are basically cost-free to the casino.

The $45 at the Las Vegas Sands properties provides in-room Wi-Fi, boarding pass printing, unlimited local and toll-free calls, and access “to thousands of top newspapers and magazines” while using an app on the resort’s internet.

If you consider that probably 99 percent of guests have no need for a resort app when all the same information is on their own computers and mobile phones, and the other “costs” mentioned range from negligible to nonextistent for hotel operators, you can see who the winners are in the resort fee wars.

For a one-night stay in early April, The Venetian and Palazzo both quoted us the same room charge of $149.00. With taxes, that comes to $168.94. But the fine print under “total” reads, “Does not include resort fee of $45/night.” Meaning the true cost of that overnight stay is actually nearly 27 percent higher than quoted, at $213.94.

And Las Vegas regulars may be miffed to learn that resort fees don’t count towards most loyalty rewards programs. The only potentially excluded guests are, in fact, those who can afford it the most easily: rewards program members in the highest tiers. These high rollers typically see their resort fees waived, in a parallel move to parking fee structures these days.

During slow periods in Las Vegas, resort fees at lower-tier properties can be as much as the advertised room rate. For April 3-4 at the Tropicana, a room can be booked for $39. But the resort fee is $35, ballooning that seemingly good deal, with tax, to $83.90.

In 2017, the Federal Trade Commission (FTC) issued an advisory on resort fees that concluded, “Separating mandatory resort fees from posted room rates without first disclosing the total price is likely to harm consumers.”

But advisories carry no legal weight, and the FTC adviso clearly has had no impact on the industry. All but four US states have the fees under legal scrutiny now, but Nevada has remained out of that fray.

Free parking was a Las Vegas amenity afforded to guests for decades, but that began vanishing when MGM Resorts debuted rates for many of its garages in 2016. Paired with climbing resort fees, it now means that Strip casinos aren’t doing much to lure in bread-and-butter gamblers these days.

The parking and resort fee increases come just as the Las Vegas Strip is in the midst of financial drops that have followed the October 1 shooting that left 58 dead outside of Mandalay Bay. Compared to the same months in 2016, visitor volume was down 4.2 percent in October, 3.7 percent in November, and 2.5 percent in December. Even January began 2018 with a 3.3 percent loss.