For months we’ve been hungry for more information on the Nintendo Switch Online subscription service, and even now that it’s launched, there’s a lingering “and what else?” feeling among us. Details up until the day it launched were scarce and not exactly forthcoming. One particular bit of info we learned prior to its debut explained how the service ties in with one of Nintendo’s other services. My Nintendo, Nintendo’s replacement rewards program for Club Nintendo, will allow Gold Coins earned from game purchases to be spent on Switch Online subscriptions.

Technically, this is just spending gold coins on the eShop the same way as anything else on there. For technicality’s sake, I’ll keep referring to it as a “reward” even though it’s not listed as a reward because it’s an option for exchanging coins, and coins really only exist to be exchanged for rewarding things. But this isn’t really a reward most of us want as much as it is a reward we need to get the basic functionality we previously had.

That’s not to say I don’t appreciate the option. In fact, it’s possibly the best idea Switch Online and My Nintendo currently have going for them. But it’s only a good idea in the sense that it covers for some of the flaws of My Nintendo and allows us to avoid spending money on a lackluster online subscription rather than turning either into a positive experience. It’s a step in the right direction, but their legs remain just as deep in their own problems.

Many of our recent articles and comments agree that Switch Online’s features are underwhelming, so I won’t beat that dead horse any more than I already have. My Nintendo could use more of a spotlight, mainly because this news is the first time many of us have even thought about it for several months, if not longer. Not only are there very few interesting rewards going for the program, but out of those few interesting rewards, the only one that complements its design is the one we just got. And it’s not that complementary anyway.

The bulk of My Nintendo’s rewards are discounts for games (and a few full downloads we only got this July). Most of these games are several years old by the time they become available, but they are an excellent option for late adopters. The problem is My Nintendo coins expire over time — gold coins in a year and platinum coins in half that time. The program is built around earning coins and redeeming them in less time than it takes for most potential software rewards to become available. So saving up coins in anticipation for any given game to get a deal later is a moot point.

Most other rewards are digital themes/backgrounds and mobile game loot. The former are nice to have, but they pale in comparison to themes purchasable on the eShop, making them easy to ignore. The latter are just handfuls of items that can be acquired by playing Nintendo’s mobile games normally, assuming you play them in the first place.

There are also a handful of simple software downloads, which have scarcely been updated since the program’s launch. These are Zelda Picross (actually a great offering, just a very small one for being the most costly Platinum reward), Flipnote Studio 3D (nice to have that back, but emphasis on the “have that back” part), and a Smash controller app to use your 3DS as a controller on the Wii U (… wait, why?).

Compare that to Nintendo’s former consumer rewards program. Club Nintendo had more original games like Doc Louis’s Punch-Out and Grill-Off with Ultra Hand, on top of its constantly expanding lineup of full game downloads, and it continued to get more original content over time. In addition, while Club Nintendo’s ranking systems encouraged earning plenty of coins within a time frame, those coins did not disappear as time passed.

That just leaves the option to use gold coins for Switch eShop purchases. This works at an exchange rate of 1 cent per 1 gold coin, which… isn’t a valuable exchange rate, given that they are earned at a rate of 5 coins per $1 spent. This is by far the least cost-efficient use of coins when compared to the discounts on 3DS and Wii U software. It’s extremely baffling that the Switch has been Nintendo’s most prominent console for over a year, yet it has the least valuable support with Nintendo’s customer rewards program. There aren’t even any discount rewards for the Switch on My Nintendo’s site.

But this option does have the Nintendo Switch Online subscriptions going for it. Given the expiration date on My Nintendo coins, the most efficient way to collect them is to continually spend them within that time frame. Conveniently, gold coins last approximately as long as a yearly subscription. Even though buying a subscription with nothing but gold is unrealistically expensive, gold can be used to partially cover any eShop purchase, thus putting every last coin to use even if it’s not enough by itself.

Since it happens to be for such a vital service, it makes sense to make a Switch Online subscription one of the first things to spend gold coins on. Even though coins can’t renew subs (but why), one could continually purchase new subscriptions and guarantee those coins would be put to use (just… make sure your hardware saves are up to date first). It’s a safe bet this will prevent large stockpiles of coins from vanishing due to neglect over time.

The underwhelming part (aside from the inefficient exchange rate) is that this purchase brings us back to the status quo before this option was available for purchase, rather than giving us something we didn’t have before. That’s what makes most of these rewards so underwhelming — there’s nothing ambitious enough to be appealing compared to what we had before My Nintendo. The status quo is lower than it was back when we had Club Nintendo.

I’m aware that excluding the integration with Switch Online, several of my points are comparing this program to one that is long defunct, but that’s kinda sorta exactly what the problem is. We have a frame of reference to something that Nintendo once did before this, and that frame of reference offered so much more. I haven’t even mentioned the plethora of physical merch that Club Nintendo featured such as playing cards, bags, accessories, and other things completely absent from My Nintendo.

The online subscription purchase is a bandage for the symptom of not spending coins. But that’s never been the real problem with My Nintendo, or else we’d actually celebrate the horrible eShop gold coin exchange rate. The real problem is that when we compare Club Nintendo to My Nintendo after it, the former had a wider selection of unique rewards with a system that rewards patience and saving coins instead of punishing it. In other words, the former system is a more rewarding rewards program that gives more options and freedom for users to redeem their rewards at their own leisure. This new program has little to no ambition to provide anything that people can’t get anywhere else, yet it punishes indecisiveness and frugality. 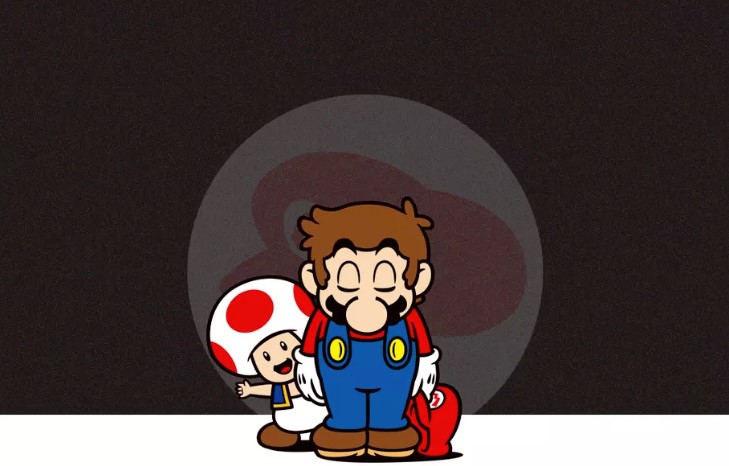 I would assume Nintendo shut down Club Nintendo because it became too expensive to keep running. Nintendo never provided an official explanation, but it’s the most logical assumption I can make. These rewards programs are odd business practices in that while they are obviously built to encourage people to spend more money, their costs become harder to maintain the more people within a consumer base redeem them. I imagine the thought process of whoever designed My Nintendo was to make something less ambitious and to play it safer with expenses, hence why 99% of these rewards are downloads of previously existing content. The issue is that this program doesn’t feel as if it’s trying to play safe, it feels as if it’s trying too little.

Not that we need a better rewards program for our own sake. It’s unhealthy to sign up for a rewards program and buy a lot of things you don’t want just because you want the rewards. Most of us don’t sign up for rewards systems purely for rewards, we sign up because we already were buying related products. And Nintendo’s exclusive games for the past two years have been some of their best yet. So long as Nintendo keeps up their current A-game, we don’t need these imaginary coins we keep collecting in the process (and even if they didn’t, it’s not like Nintendo Bitcoins are a proper compensation for sub-par games). A good rewards program should be designed as an extra, not anything more.

But it feels like a waste of resources and time for Nintendo to keep pushing a program that offers so little of interest. It’s intrinsically bothersome to think that something you’re collecting is getting wasted, even if you weren’t going to use it anyway. And the current state of My Nintendo is causing bad PR towards Nintendo’s most loyal customers, the very group a loyalty program should be designed to reward. Nintendo is making more money than they have in a long time thanks to the Switch’s incredible success. It’s hard to imagine that they can’t keep up with whatever demand Club Nintendo garnered, or at least that they couldn’t dial it down partially instead of pushing the brakes all the way.

Given we spend nothing to participate in it, it’s safe to say that neither the average consumer nor Nintendo wants a customer loyalty program that we don’t enjoy. We don’t necessarily need Club Nintendo 2.0, but that seems like the most straightforward solution to My Nintendo’s problems. Until then, I’m planning to buy just as many Nintendo games as I would otherwise. I’d just feel a bit happier if all of these imaginary coins I’m collecting could be put to better use than buying an online subscription service I still doubt I’ll be satisfied with.

And no, Smash doesn’t count until we know whether it’s getting dedicated servers.