Among other problems reported about the PC Optimum card reward program, at least one cardholder has been informed her privacy has been violated.

Kim Curry of Fraserville, Ont., received an email Wednesday from the newly amalgamated rewards program staff informing her they have reviewed her account “and believe there was a technical error” when she tried to set up the card at a Loblaws-owned store.

It goes on to say that because of the error, it’s possible that the other PC Optimum member may have accessed her name, address and phone number.

It was another frustration for Curry, who, like many others, has been battling since February trying to recover points worth more than $200 that disappeared when she switched from PC Plus to PC Optimum in the wake of the rewards program merger.

“It’s definitely concerning because I don’t know where my information is,” said Curry, who lives in a rural area and has two small children.

The email Curry received said the company took “immediate steps” to remove profile information from the combined account and that no personal financial information was lost, as none is stored on the system.

Curry received this email Wednesday from PC Optimum, informing her some of her personal information may have viewed by someone else due to a ‘technical error’ while transferring her points to the new loyalty rewards program. (Submitted by Kim Curry)

That did nothing to change Curry’s view of how the switch to PC Optimum has been handled.

“I’m absolutely amazed at how much worse it seems to be getting,” Curry said.

It seems like the company has “absolutely no idea where to start” in fixing these problems, she said, and “the more they try to rectify the situation, the more damage … they’re actually doing.”

The email also informed Curry she should open a new PC Optimum account online and then pick up another card next time she’s at one of the company’s stores. It provided a toll-free phone number in case she had questions.

Curry said she called, only to be put hold for 55 minutes before being told by “Brian” that he knew nothing about the email and couldn’t help her. She was told her case had been “expedited” on Feb. 20, but he was unable to tell her when the situation might be resolved.

Loblaws declined an interview with CBC News and responded to questions in an email, saying that merged accounts happened “in a very small number of cases” due to “uncommon technical issues.”

She acknowledged points may be used by everyone attached to the merged accounts, but said the company is able to “track points and restore them in full.” 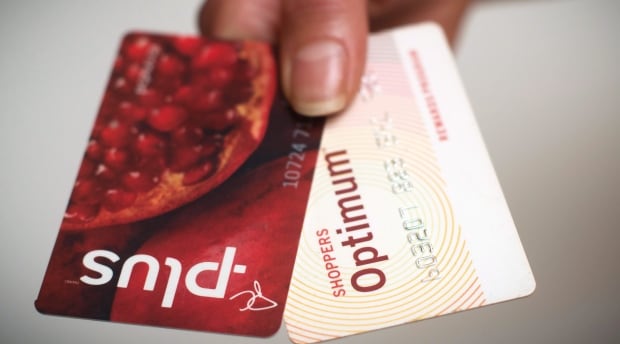 Curry said she is also frustrated because the email told her she has 3,600 points on her old PC Plus card, when in reality she said she has more than 200,000, which translates to $200 in value.

When she first switched cards, her balance showed as zero.

“The gentleman I spoke to said, ‘There’s nobody else to speak to and I can’t do anything else for you,”‘ she said. “How can that be the case? I’m being told there is nowhere else to go from here and to sit back and hope I hear something.

Curry said she is speaking out in hopes of helping everyone who is experiencing problems with the PC Optimum program.

She said she shops at Loblaws because of the rewards program — it’s not the most convenient grocery store for her — and the problems with the card change have her reconsidering where to spend her money.

Nova Scotia resident Joe Bellefontaine said he has already started shopping at other grocery stores because of a mix-up with his switch to PC Optimum.

He usually shops at a Superstore location about two kilometres down the road from his West Chezzetcook home. “I like the store, I like the people,” he said.

Bellefontaine said he has 106,000 points but is unable to use them because he hasn’t been able to switch to the new PC Optimum card, despite daily attempts online since Feb. 1. 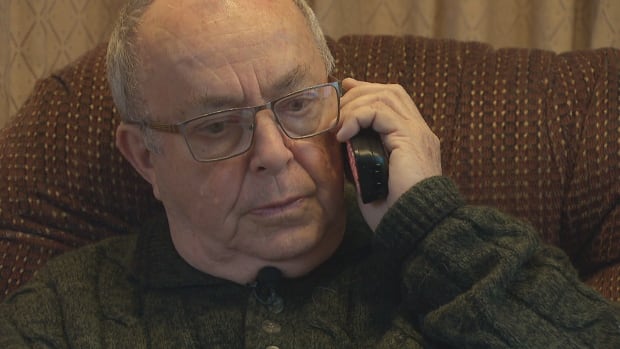 Superstore customer Joe Bellefontaine wonders whether Loblaws put enough thought into the new PC Optimum rewards program before implementing it on Feb. 1. He has been trying since then to transfer his points to the new card. (CBC)

“For a while, I was calling them almost every day, asking ‘What’s going on?”‘ he said.

“I’ve called technical support so many times and at the beginning, I used to wait an hour at a time,” he said. “I’ve got better things to do than sit on the phone an hour at a time waiting to speak to someone.”

After CBC contacted Loblaws, Bellefontaine’s account was successfully switched and he was given 25,000 points — or $25 — for the inconvenience.

‘They should have known’

“They’re encouraging people to shop at the stores and use these points, but all these promotions are doing no good if they can’t give the service.”

He also said he feels Loblaws did not properly prepare for the change, and there should be more employees, technicians and phone lines to deal with customers facing these issues.

“They knew how many customers they had and should have known there would be a big response,” he said.

The Loblaws spokesperson acknowledged it is taking longer than expected to process everyone, but said the company more than doubled its call centre and online support prior to Feb. 1 and has further increased support since.

Frustrated cardholders should know “their points are safe, we’re here to help, and PC Optimum will absolutely be as great as they hope,” Thomas said.

Overall, she said, Loblaws is pleased with the conversion, “as are the vast majority of our members.”

Millions have converted without issue, both online and in-store, although the company realizes the transition has not been smooth for some.