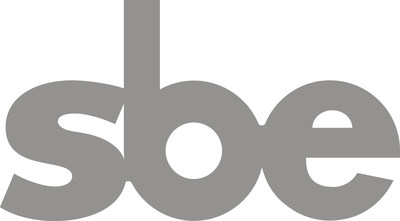 NEW YORK, Nov. 14,2017 /PRNewswire/ sbe, the leading lifestyle hospitality company, today announces that it has appointed Martin Heierling as its first ever Chief Culinary Officer. Martin will lead sbe and subsidiary company Disruptive Restaurant Group’s culinary strategy across its current brand portfolio, overseeing collaboration with sbe’s concept chefs and more than 112 venues globally, including 26 Umami Burgers. He joins as a consultant until the end of the year and will assume the role in January 2018, working closely with sbe Founder and CEO, Sam Nazarian, Chief Operating Officer, Jorge Giannattasio, and CEO of Disruptive Restaurant Group & Umami Burger, Daniel del Olmo.

On Martin’s appointment, Sam Nazarian, states: “We are thrilled that Martin is joining us in this newly created role. His unrivalled experience will help nurture our collaborative partnerships with world-class concept chefs including Jos Andrs, Danny Elmaleh, Jose Icardi, Michael Schwartz, and Katsuya Uechi. As we expand globally into new markets, in particular Europe, Middle East and Latin America, Martin will be key to ensuring that the sbe culinary and entertainment experience continues to sit at the heart of our 360-degree lifestyle offering. He will also be instrumental in keeping our portfolio of brands at the forefront of hospitality and creating new concepts for us to develop over the next year.”

Martin joins the company as it embarks on a period of unprecedented growth with a strategic focus on culinary and entertainment including 13 venues opening in the next six months, and over 100 venues and 25 to 50 Umami Burgers in the pipeline. Martin will provide direction and support to sbe’s hotel division, including banquets and catering, whose brands include SLS, Delano, The Redbury, Mondrian, Hyde, the Originals, and with Disruptive Restaurant Group brands including award-winning Katsuya, Cleo, The Bazaar, Fi’lia and Umami Burger. Martin will also work closely with our partners Alshaya in theMiddle East to bring five more Katsuyas and our first two Cleos to the region, and with Medeiros Holdings to expand Umami Burger to 10 locations in Japan.

Martin said: “I cannot think of a better and more talented group of experienced industry professionals under the vision and leadership of Sam Nazarian. I am thrilled to join this exceptional tribe at this stage. sbe and Disruptive Restaurant Group’s brands create world class experiences and I am excited to lead the continued culinary innovation with the teams, and develop new concepts during this exciting period of growth.”

Prior to joining sbe, Martin served as Culinary Director for STARR Restaurant Organization based in Philadelphia where he was part of the leadership team, growing the company from 24 restaurants to 32 within three years as well as managing the rapid growth of SRO’s Catering Culinary division, STARR Restaurants Catering Group, with annual sales of over $40 million. His accomplishments with STARR also include openings of Washington D.C.’s Le Diplomate as well as New York’s Carnegie Hall and The Botanical Gardens in The Bronx.

About sbe
Established in 2002 by Founder and CEO Sam Nazarian, sbe is a privately-held, leading lifestyle hospitality company that develops, manages and operates award-winning hotels, residences, restaurants and nightclubs. Through exclusive partnerships with cultural visionaries, sbe is devoted to creating extraordinary experiences throughout its proprietary brands with a commitment to authenticity, sophistication, mastery and innovation. Following the acquisition of Morgans Hotel Group, the pioneer of boutique lifestyle hotels, sbe has an unparalleled global portfolio featuring 23 world-class lifestyle hotel properties in 9 attractive gateway markets and 135 global world-renowned hotel, entertainment and food & beverage outlets. The company is uniquely positioned to offer a complete lifestyle experience – from nightlife, food & beverage and entertainment to hotels and residences, and through its innovative customer loyalty and rewards program, The Code, as well as its award-winning international real estate development subsidiary, Dakota Development – all of which solidify sbe as the preeminent leader across hospitality. The company’s established and upcoming hotel brands include SLS Hotel & Residences, Delano, Mondrian, Redbury, Hyde Hotel & Residences, Clift, Hudson, Sanderson and St Martins Lane. In addition, sbe has the following internationally acclaimed restaurants and lounges: Katsuya, Cleo, The Bazaar by Jos Andrs, Fi’lia by Michael Schwartz, Umami Burger, Hyde Lounge and Skybar. More information about sbe can be obtained at sbe.com.