Do you like earning and spending rewards points from large retailers? Would you be happy if a group of them banded together in a coalition, across which you could freely earn and spend points?

Well, too bad, because a program doing just that is about to vaporize. The current big loyalty initiative tying major American retailers together, American Express‘s (NYSE:AXP) Plenti, is to end on July 10. It was an ambitious program. Will its demise impact the American retail landscape at all, not to mention the fortunes of its creator? 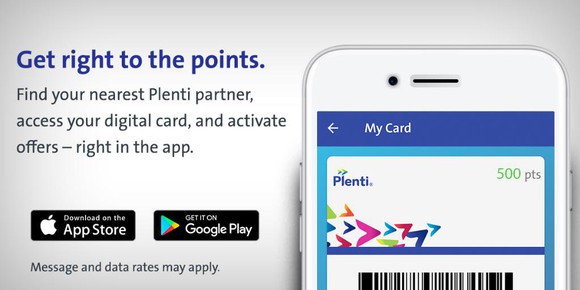 AmEx launched Plenti in 2015 as a multiretailer (or “coalition”) loyalty card. Cardholders could earn points at a clutch of diverse, well-known retailers, then spend them for discounts at same. The retailer lineup eventually grew to include:

Users could get a Plenti card free. The program was, perhaps unexpectedly for an AmEx product, card-neutral; members racked up those points by spending with whatever credit or debit card they chose (or with cash, if on a 20th century nostalgia trip).

This neutrality was a smart move, as plenty of people signed up for a Plenti card — 36 million, according to Forbes.

But it seems Plenti didn’t get much momentum going with that customer base. And before long, retailers started dropping out of the program — AT&T exited last summer, soon followed by others like Expedia and Hulu. Subsequent to that, AmEx itself untethered its Membership Rewards cardholder program from Plenti (previously, AmEx cardholders could transfer points between Membership Rewards and Plenti).

When a loyalty program’s founding company cuts ties to it, you know things aren’t going well.

Plenti was a fine idea. Oddly, given the depth of our markets and power of our top companies, we didn’t (and don’t) really have anything like it. American loyalty programs tend to be isolated, single-retailer affairs.

The sprawling, something-for-everyone nature of Plenti might have been its undoing, though. A scattered collection of retailers is a hard entity to market effectively. On top of that, spending on relatively small consumer-goods purchases is a slow way to accumulate points.

It’s very possible this helped make Plenti cardholders lose focus and interest in the program. The numbers seem to suggest a sharp decline in attention; according to Forbes (again), fewer than half of those 36 million sign-ups used their points for any redemption at all.

And once those retailers started to drop out, there was that much less appeal on the consumer side to participate in the program.

AmEx has been, understandably, rather mum on the subject of Plenti since its demise was announced in April. We don’t yet know what impact it will have on its business. Given the fairly short life of the program, and its rather weak marketing, I’d imagine AmEx didn’t blow a lot of capital on the venture. So my feeling is that Plenti’s demise won’t hurt the company much.

Maybe this is an odd time to be optimistic, but as a consumer (and an AmEx bull of long standing), I’m encouraged by the Plenti experience. This country could use a robust coalition loyalty program; there’s probably good money to be made by someone who is clever in designing and executing it more effectively.

I’d imagine that among AT&T, Expedia, and the other Plenti exes, at least a few would consider participating in a new effort. AmEx has opened the door.

I’m also impressed by the company’s push into this segment. Creating Plenti showed that AmEx has ambition and imagination, and isn’t afraid to try something new. Too bad it didn’t work out.

At least this time. U.S. consumers would welcome a solid multiretailer loyalty program, I think. It would be good to see another, better one hit the market before long.